Share a memory
Obituary & Services
Tribute Wall
Read more about the life story of The Honorable Barbara and share your memory.

Barbara Hamlet was born August 29th, 1942. She was born in Stuart, Florida through the union of her beloved parents, Ike and Sarah Hamlet. Ike Hamlet haled from Jefferson, Texas, and Sarah Hamlet immigrated to Florida from Nassau, Bahamas. Barbara was the oldest of two children.

She completed her elementary school education in Stuart, and after the Hamlet family moved to Northeast Ohio, she attended Patrick Henry Junior High, and graduated from Glenville High School in 1959 at the remarkable age of 16. As a high school student, Barbara was an active member of the “Del-Fites” (a junior social group affiliated with Delta Sigma Theta Sorority) and a member of the choir at St. Andrew’s Episcopal Church. Barbara earned a bachelor’s degree in education from the Historical Black College St. Paul's College in Lawrenceville, Virginia in 1963. She began her career as a schoolteacher with Cleveland Public Schools, teaching second grade at Mary B. Martin elementary school. It was during this time she met Robert Boyd Jr., who was also a Cleveland Public School teacher. They were married December 17th, 1966, by Father Austin Cooper, Sr. After teaching for five years, Barbara and Bob started a family. As the new parents fell in love with their baby girl, Barbara also developed an interest in politics and public service.

Her passion for public service began with volunteer work on Jimmy Carter's Presidential campaign in 1976. Her activities there inspired her to stay active in her community, and she began to volunteer in Cleveland Heights and in countywide political activities. Even before being elected to a public office, Barbara worked with Judge Una Keenon and State Senator C.J. Prentiss to establish the country’s first Black Women’s Political Action Committee. The BWPAC continues to fill the gap in support for Black women candidates seeking political office.

In 1983, Barbara became the first Black person and Black woman to be elected to the Cleveland Heights City Council. During her tenure, she worked as a Community Relations Officer for the Cuyahoga County Juvenile Courts, undertaking countywide outreach activities for one of the oldest courts in the nation. She served on various Council committees before becoming Vice Mayor, and finally, as the highest vote getter on council, Mayor of Cleveland Heights (elected by her peers). Her friends and colleagues encouraged her to run for the legislature, and in 1992, the voters in the 9th District sent her to the Ohio House of Representatives for the first of four terms. She was most proud of her leadership on welfare reform and TANF, and the establishment of kinship care through her policy work.

Term limits forced her out of the House, but she continued her public service as an administrator in the Ohio Department of Job and Family Services. In 2005, Barbara joined the Children's Defense Fund as the Regional Director for Northeast Ohio. In 2006, she once again won election to the Ohio House. She was named in legislation concerning health care, foster care, predatory lending, human services, children and families, kinship care, Alzheimer's disease and aging, schools and education funding reform, economic development, and juvenile justice. Barbara received numerous awards and recognitions for her contributions to the community, including Legislator of the Year and the Alzheimer's Award. Cleveland Magazine named her one of its 50 Most Interesting People in 1998. In 2007, Barbara received recognition for her commitment to and support of kinship caregivers in Ohio from the Ohio Grandparent/Kinship Coalition at the 1st Statewide Kinship Care Conference.

Barbara’s greatest recognition, however, was the 2019 arrival of baby Robert (Robbie), her first and only grandchild, named in loving honor of her and her husband. Her greatest love was her daughter Janine, and there was no greater reward for Barbara than caring for her mother Sarah in the final chapter of her life. A privilege that Janine replicated over the last two months, caring for her mother Barbara, and rarely leaving her side.

Barbara Hamlet Boyd was known for her awesome sense of humor, her ability to build consensus where there was dispute, and to unite people from every walk of life into the space of her living room for delicious food and in the true spirit of friendship. People traveled from all over the country to attend her famous, annual holiday party and toy drive.

Left to continue her legacy of love, laughter, and compassion are her adoring husband Robert (Bob); her beloved daughter Janine; her cherished grandson named for her and his grandfather, Robert (Robbie); loyal brother Conrad (Sonny), and a host of other relatives and friends. She will live forever in their hearts.

To send flowers to the family or plant a tree in memory of The Honorable Barbara H. (Hamlet) Boyd, please visit our floral store. 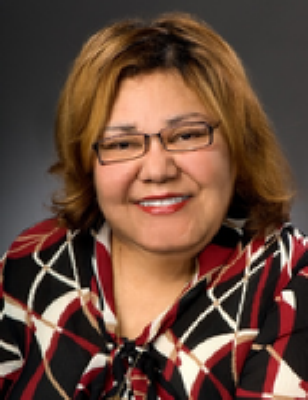