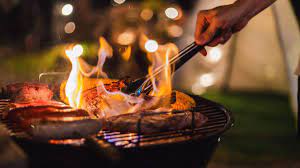 He worked various jobs including Majic Autobody, Bens Autobody & Rite - Way. In 1994, he started at Cleveland Public Power, as a mechanic. After completing his apprenticeship he was promoted as a senior lineman until he retired in 2015.

Rocky was the life of the party. Where there was music you would find him dancing.  He also enjoyed spending time with his family and friends playing cards and grilling because he swore he was the master on the grill.

Robert married his wife Janine on August 31, 2013. He was a lovable, warm-hearted, high spirited and compassionate person.

Robert gained his wings August 23, 2021.  He was preceded in death by sons, Robert Lee Mack III and Cornelius An’ton.  He leaves to cherish his memories his mother, Oregean Mack; his wife Janine; his children: Jazmine, Justine, Ajah, and Jordan.  He also had two stepchildren, Deonte’ Tatum & DoMonique Tatum. One brother Shawn Mack and one sister Shanavian Mack; grandchildren: Simirah, Brayden, Dorrian, Karlynn, Deaira, Demir; step-granddaughter, Jamylah Batey; and a host of aunts, uncles, cousins, family and friends that love him dearly. His loving fur babies, Kitty and Cow preceded him in death.

To send flowers to the family or plant a tree in memory of Robert Lee Mack, Jr., please visit our floral store.