Share a memory
Obituary & Services
Tribute Wall
Read more about the life story of Patricia and share your memory.

Patricia Ann Lee was born on July 11, 1941, in Cleveland, Ohio, to the late Ralph and Marietta Lee. She was the second oldest of three children.

Patricia was educated in the Cleveland Metropolitan School District. She graduated from Glenville High School in 1959 and remained an active

alumna as a PROUD TARBLOODER. She attended Kent State University and later obtained a certificate in data entry.

Patricia married Herbert Howell in 1963, and to their union came a beautiful daughter named Nicole in 1965. In 1994, Patricia's prayers were

answered when she was blessed with a precious granddaughter she named Paige.

Patricia worked in the Nephrology Department as a physician secretary at University Hospitals in Cleveland for 45 years and retired in 2006,

leaving behind many physicians, patients and other co-workers who ultimately became friends.

Patricia gave her life to the Lord and became a member of Antioch Baptist Church in 2011. She remained a devoted mother and grandmother through

the years. She enjoyed dressing up, gathering with family, going to church, dancing and cooking. Her most famous dish was her dressing. She traveled

to many destinations, such as Mexico, Aruba, Hawaii, California and the Bahamas to name a few. On Saturday, November 5, 2022, at the age of 81,

Patricia suddenly departed this life. She was proceeded in death by older sister, Geneva Dobbins. She leaves to cherish her memories: a younger

nephews, Tyrone Wilkinson and Terrence Wilkinson; as well as four generations of family and many friends who she loved dearly.

To send flowers to the family or plant a tree in memory of Patricia A. Howell, please visit our floral store. 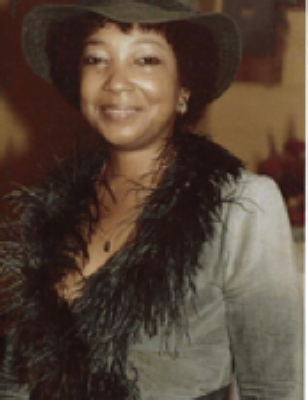