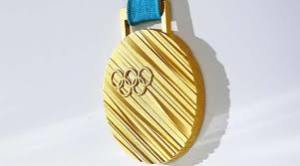 Since the first Modern Summer Olympic Games were held in Athens, Greece (1896), only 2,982 Gold Medals have been earned by athletes from around the world.  A world with 7.8 Billion people in it.  Greater Cleveland Sports Hall of Fame Member (GCSHF) Nathan “Nate” Eugene Brooks was one of those rare Olympic Gold Medalists.  He boxed his way to gold in the 1952 Helsinki, Finland Summer Games on the exceptional U.S. Olympic Boxing Team that included future Heavyweight Champion Floyd Patterson.  All five men won Gold Medals, beating 16 competing Nations for the most gold.  No other Nations even came close.  Nate Brooks’ road to Olympic Gold began in Cleveland’s southeast corner known as Miles Heights Village, one of the few historical suburbs where African Americans lived alongside European immigrants.

Born the 8th of 11 children to Frank and Mary Brooks on August 8, 1933, in Cleveland, Ohio,  Nate was a bright student and fierce competitor at a young age, as his father and first trainer had a boxing ring set up in their backyard.  He and his eight brothers boxed in Cleveland’s Golden Gloves.  He was a 3-time Champion (1949 – 1951) and advanced to win the Golden Gloves Tournament of Champions, as a member of the Chicago Golden Gloves Team representing the United States vs. Europe. From there, he medaled in the Helsinki Games.  Following his Gold Medal win, Nate fought his way to become the 1954 North American Bantamweight Champion with an eighth-round knockout

Following professional sports, the John Adams High School graduate successfully transitioned to a career as a Survey Engineer with the Ohio Department of Transportation, where he retired after 32-years.  Nate had a quick wit, great sense of humor, was deeply devoted to his family, loved parties & cocktails, was ready to debate any subject anytime and avidly followed the Olympic Games and sports for the rest of his life. He took particular pride in the Cleveland Cavaliers’ historic 2016 NBA Championship win, as his former John Adams classmate, friend and fellow GCSHF member Nick Mileti was the Cavaliers’ original owner, with team colors of Wine and Gold.  The colors of their alma mater, John Adams High.

Due to health guidelines set by local, State and CDC officials, a private graveside service will take place at Lakeview Cemetery 12316 Euclid Avenue on Friday, April 24, 11:00 a.m.  A Memorial Celebration will take place on a later date. In lieu of flowers, the family requests donations be made to the United States Olympic Committee’s Team USA (support.teamusa.org).

To send flowers to the family or plant a tree in memory of Nathan E. Brooks, please visit our floral store.