Share a memory
Obituary & Services
Tribute Wall
Read more about the life story of Molly and share your memory.

The life of Molly Laverne Wright began April 23,1944 in Bluefield, Virginia. She was the third of five children (Warren Jr, Carolyn M West [Robert], Marilyn R Robinson [Greg], Bernard L) born to the marriage of Warren Russell Richardson Sr and Rose Anderson Richardson. She lived most of her childhood between Cincinnati and Pittsburgh.  She was a product of Samuel Ach Junior High and graduated with honors from Withrow High School in Cincinnati.  Following high school, she earned her BA in Sociology from Ohio University (OU) and her MSW from the University of Pittsburgh.  While at OU, she became a founding member and Dean of Pledges of the Alpha Kappa Chapter of Alpha Kappa Alpha Sorority in 1964.

After graduation from OU, Molly moved back to Pittsburgh where she began her career as a Social Worker at the Allegheny County Department of Social Services.  It was in Pittsburgh where this former Alpha Phi Alpha Sweetheart at OU was enticed at an Alpha party in Pittsburgh by her future Alpha husband.  Molly and Jackson T Wright Jr were married in Pittsburgh the following summer, September 2, 1967.

Molly’s career path initially started as a community social worker that at the time focused on enforcing compliance with often demeaning regulations at a cost of denial of assistance to the client for non-compliance.  Thus, she decided to transition to social work in the health care setting, where she worked with patients and families in identifying community resources at hospital discharge so patients were no longer dependent on hospital care.

Her social work career transition also was one of location.  She was employed as a social worker in Wichita, Kansas when her husband served as a missile combat crew commander in the Air Force from 1968-71.  When they returned to Pittsburgh, she worked at multiple hospitals as a hospital social worker during the six years that he worked to complete his MD and PhD degrees at the University of Pittsburgh.  She completed her MSW degree there while working full-time. When he moved to the University of Michigan for residency training in Internal Medicine, she worked as a psychiatric social worker at Michigan’s Ypsilanti State Hospital.  In the decade between 1980-90, she initially worked as a case manager at the Medical College of Virginia/Virginia Commonwealth University and later became Clinical Coordinator of the Rehabilitation Hospital at MCV/VCU with the faculty rank of Assistant Professor.

When she accompanied her husband to Cleveland and CWRU in 1990, she worked initially as a case manager on the rehabilitation services at University Hospitals where she also served as a field instructor at Case Western Reserve University’s Mandel School of Applied Social Services.  She was next hired as Director of Social Work at Heather Hill Rehabilitation Hospital, then a similar position at Suburban Pavilion Health Care and Rehabilitation Hospital, followed by case manager on the Rehabilitation stroke and Psychiatric units at MetroHealth Medical Center. As she approached retirement, she became a part-time case manager at Grace Hospital until her retirement in 2020.

Molly joined Antioch Baptist Church within a month or two of her arrival in Cleveland.  She very much enjoyed her membership in the Antioch family and looked forward returning to in-person worship just prior to her death. She retained her allegiance and active membership in AKA after leaving OU.  Here in Cleveland, she has been an active member in the Alpha Omega Chapter of AKA since moving here and was delighted when her daughter followed her into AKA.  She also cherished her membership in the Cleveland Chapter of Links Inc, the Northeasterners, and the Carrousels in which she served two terms as President.  However, she mostly enjoyed and devoted her life to her role as mother to their daughter, Adina, and wife to Dr Jackson Wright.  She made a slew of friends that remained so with and after every move, and a few that she held very close and provided comfort and support during her later illness.

She is survived by her husband of 55 years, Dr Jackson T Wright Jr; daughter, Adina M Wright; sister, Marilyn Richardson; and brother, Bernard Richardson. She leaves to cherish her memory a host of nieces, nephews, other family, extended family, and friends.

Molly Laverne Wright was called home to be with the Lord suddenly on January 19, 2023.  Despite our joy in having her in our lives for over 78 years, she will be sorely missed.

My mother said I must always be intolerant of ignorance but understanding of illiteracy. That some people, unable to go to school, were more educated and more intelligent than college professors.

To send flowers to the family or plant a tree in memory of Molly Laverne Wright, please visit our floral store. 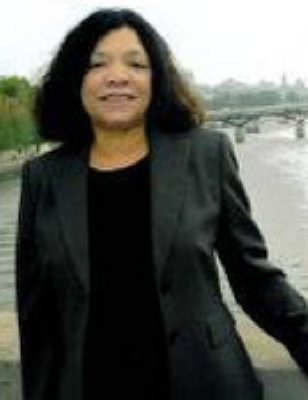