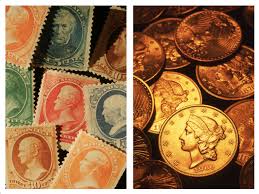 Mattie Louise Simmons was born in Livingston, Alabama to Nathanial Williams and Lillie Shelton ( both proceeded her in her death.) She later moved with her mother to Montgomery,  Alabama. She was nurtured into adulthood by Lillie and George Storey (deceased)

After thirty years of dedicated service, Mattie retired from Viking Caulking Gun Company of Cleveland, Ohio. After retirement, she was a world traveler and visited Mexico, Canada, Hawaii, Jamaica, The Virgin Islands, The Bahamas, and Africa.

Mattie was a member of Bethesda Missionary Baptist Church in Cleveland, Ohio. She lived by the Golden Rule of treating others as you wanted to be treated. She would always say " Do the best that you can do." Simply put, Mattie loved the Lord and she loved family. She always wanted to be surrounded by children...the more the merrier, She was a selfless person who always cared about making someone happy. She always wanted us to love one another. After being cared for by Evelyn, Ronnie Jr and a host of other family members in Cleveland, Ohio, Mattie returned to Montgomery, Alabama. She actively went to the Tuesday Morning Bible Study at the Willie Cook Community Center. She later became a member of Macedonia Missionary Baptist Church under the leadership of Pastor Willie McBride. Since health issues prevented her attendance to church, she really looked forward to the first Saturday Communion Services at her home.

While active, Mattie loved playing solitaire and was an avid collector of many things like coins. She loved sweets; one of her favorites was peppermints, She accumulated clippings, made copies of various keepsakes that meant a lot to her, one being the poem "Between the Dash."

When her health started to decline, Peggy, LeDon, and Evelyn cared for her until she went home to be with the Lord.

A Celebration Of Life Will be held on:

There will be a Dove Release at 3:45pm

To send flowers to the family or plant a tree in memory of Mattie Louise Simmons, please visit our floral store.