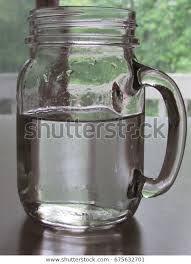 In light of recent health advisories (COVID-19), the family has decided to make the services private.  Please join them by watching the services on line.  In the meantime, they ask that you share memories, stories, and photos on this funeral home website.   They will continue to look to these shared stories as comfort as they move through the days ahead.

Lela Mae Walker was born in Montgomery, Alabama to the late Roland and Annie Mae Smith on August 21, 1938.  She was the second of 11 children born to her parents who moved from Montgomery to Cleveland, Ohio in 1943.  The oldest child Roland Jr. and one sister Thelma Mason preceded Lela in death.

Lela passed away peacefully on June 23, 2020 at the age of 81 and was surrounded by loving family members.

Lela attended Cleveland Public Schools and graduated from the esteemed East Technical High School in June 1956. As a child, Lela was baptized at Mt. Sinai Baptist Church in Cleveland where she attended for many years with her family, and later in life she joined the Seventh Day Adventist Church.

Lela worked for many years in the healthcare field in Cleveland before being employed at Defense Finance and Accounting Service (DFAS) Cleveland Federal Building.  She retired at the age of 65 but continued to work on behalf of the employees’ union.  She truly enjoyed working there and also served as a Union Steward for years, which gave her many chances to support union employees who kept voting her in because she would stand up for those who needed her help.  She was awarded the Director’s Award for her service from the Defense Financial Accounting Service.

Lela was active in East Cleveland Community Services and received numerous awards for her faithful and enthusiastic volunteer work.  She volunteered as a tutor at local elementary schools in East Cleveland.  She also worked with Cleveland City Councilwoman Fannie Lewis for many years, and she was an avid supporter of the councilwoman.  She later volunteered with East Cleveland City Councilwoman Barbara Thomas.  She found great joy in meeting and helping people and loved to laugh and listen to her favorite music.  Her favorite song was “The Thrill is Gone” and she would tap her fingers on the table when she heard it play.  She also liked the cartoon character Betty Boop. She enjoyed cooking and spending time with her family, and she loved reading her Bible and giving words of wisdom and encouragement to everyone.

In addition to her many other talents, Lela was affectionately known as the family “beautician” for many years.  Her sisters and nieces in Cleveland looked forward to going to her home to get their hair pressed and curled, and it was often said that she did a better job than most beauticians in a beauty salon!!  Lela also had dreams of winning big when buying her scratch off tickets.

To send flowers to the family or plant a tree in memory of Lela M. Walker, please visit our floral store.