Share a memory
Obituary & Services
Tribute Wall
Read more about the life story of Lawrence and share your memory.

Resolutions and condolences may be emailed no later than Friday, January 20th to unityfuneralservicesinc@outlook.com.

Lawrence B. Lynch was born July 13, 1930, in Evington, Virginia to the late Tommie Lynch and Gladys P. Martin.  Lawrence had one brother that preceded him in death, John Thomas Lynch.  Lawrence attended Campbell County Schools and confessed Christ at an early age.

Lawrence served in the United States Army during the Korean War.

Lawrence was a member of Avon Avenue Baptist Church in Cleveland, Ohio, joining under the pastorate of the late Reverend Dr. Thomas E. Chapman.  Lawrence was employed at General Motors in Parms, Ohio, and retired in 1982 after 30 years of service.

After retiring, he and Juanita relocated back home to Evington, Virginia.  Lawrence was a faithful member of Chapel Grove Baptist Church where he served as Chairman of the Trustee Board, was awarded Outstanding Member of the Year in 2006, and helped lead the church renovation and expansion that took place in 2013.

Lawrence was a true family man.  He used his carpentry skills, good humor, and timeless wisdom to help and uplift those around him.  Lawrence, a lefty, loved the game of golf and introduced many young men to the game.

To send flowers to the family or plant a tree in memory of Lawrence Lynch, please visit our floral store. 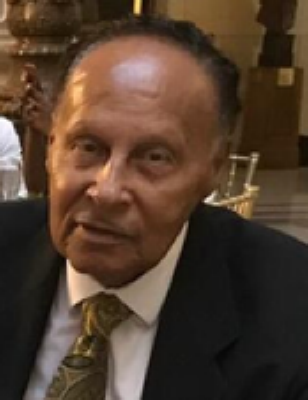