Share a memory
Obituary & Services
Tribute Wall
Read more about the life story of John and share your memory.

to Mary Louise Wooster and Lawrence Drew in Charleston, West

Virginia. His greatest sorrow was that he did not get to know his

father well, as his dad died when John was around three years old.

He had a younger sister, Peggy Ann Leftwich (deceased).

Virginia. After high school, he served in the United States Airforce

for approximately four years and was honorably discharged on

cherished scrapbook captures his fond memories of the friendships

he forged during his service.

Following his stint in the military John joined his mother and

friends easily with his charm. Not long after moving to Cleveland,

John established another network of buddies. They would hang

out, have weekend basement parties, and play softball. During this

time, John met Barbara Robinson, another West Virginian, and they

Another daughter from a previous relationship, Thelma Alesha,

For most of his post-military career, John worked as a truck

driver. He started at Fisher Fazio Foods as a loader and then advanced

to truck driver. After retirement, he devoted his time to pursuing his

John was the definition of a Renaissance Man. He was innately

curious and knowledgeable; this combination led to his pursuit of

a few. At a young age, John showed an aptitude for art, and he

was able to hone his skills and become an accomplished artist. In

1979, John purchased a sailboat and christened it Lady Suzy after

his maternal grandmother, with whom he was extremely close.

John was a member of the U.S. Power Squadrons for 15

years. In 1999, he served as Commander of the Berea Squadron.

During his membership, he participated as a student and instructor.

His newfound boating community served as another family to John.

They traveled, raced, and spent many weekends hanging out on each

After he sold his boat, he developed an interest in 3-D pho-

tography. After much research, he designed and built an apparatus

to hold two cameras so he could take 3-D photos. It is something

that he should have patented.

John lived in the same apartment for over 40 years. In his

early 80s, he decided he would remodel his apartment. John redid

his bathroom, built a custom closet, and laid tile flooring. When he

could not find a buffet to go with his new dining set, he designed one

and had it fabricated. If the circumstances for John had been differ-

ent (living in another time and having encouragement and support),

there is no telling what he could have accomplished.

John was handsome, and until the end, he cared deeply about

his appearance. He insisted on being dressed to the nines for doc-

tor’s appointments or trips to the emergency room.

He also had a dry sense of humor and could spin a good story;

you often did not know if he was serious or pulling your leg. When

he and one of his best friends, Richard “Dick” Burke would get

together and reminisce about old times, Dick would shake his head

as John recalled some story and say, “John, stop lying,” and they

would have a hearty laugh.

John was a complex man with many layers, but one thing is

for sure, he lived his life his way!

John leaves behind to share in his memories daughters, Thelma

acknowledgments to the Burke, English, and Saffold families for

their love and support.

To send flowers to the family or plant a tree in memory of John Lawrence Wooster Drew, please visit our floral store. 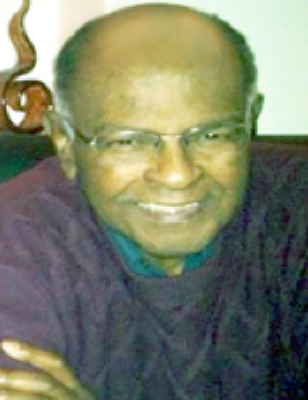