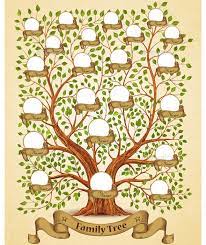 Jane Irene Kellon Taylor was born on February 9, 1935 in Cleveland, Ohio. She was the seventh of eight children born to George and Gertrude Kellon Sr. (both deceased).

Jane graduated from John Adams High School in 1953. She attended The Ohio State University, earning her Bachelor’s Degree in Education in 1957. She returned to Cleveland and began her 41 year teaching career with Cleveland Public Schools. During this time, she taught grades one through six, but she truly relished her first graders. Jane dedicated a lot of time (and money) for supplies in order to make her classroom a welcoming haven for her scholars. She could have come out after 30 years, but continued to work an additional 11 years until finally retiring in 1998.

During her teaching career, she met Alpha Taylor, the love of her life. They married on May 24,1976. They enjoyed traveling, eating dinner out on Fridays and spending time with their families.  Jane was also a huge fan of live shows and concerts. One of her favorite venues was the Front Row Theater, where she and Alpha enjoyed live performances by entertainers such as Gladys Knight and the Pips, the Temptations and the Four Tops. Jane supported Alpha by attending his softball games and marathons. She became a devoted caregiver to Alpha when he became ill until his death on August 19, 1999.

Jane was interested in genealogy and acquired documents with information about her parents and their siblings. She had quite the collection of pictures and loved sharing them with others. Jane never lost her love of learning. She was interested in a wide genre of books, including stories for children. Jane even considered purchasing a laptop and finding a computer class for the elderly in order to keep up with modern technology.

Jane enjoyed her last airplane trip in January 2020, when she traveled to California to attend a Celebration of Life event for her brother Dale. She thoroughly enjoyed spending time with Dale’s widow Sue and other family members and friends. After the spread of the coronavirus, she continued to display her independence and feistiness by going out a few times a week to the grocery store (she still prepared her own meals occasionally), doctors’ appointments and most importantly, the beauty shop every other Tuesday. She rarely missed a hair appointment. Tuesday, November 9, 2021 shouldn’t have been any different. Unfortunately, Jane passed away on that day.  In addition to her parents and husband, Jane was preceded in death by five brothers; George E., (Gloria) Donald J., Sidney T., Wilbur E., and Dale B. (Suzanne) Kellon. She is survived by her sister Shirley K. Thompson, brother Gary L. Kellon (Anita) and a host of loving nieces and nephews, extended family and friends.

To send flowers to the family or plant a tree in memory of Jane K. Taylor, please visit our floral store.

You can still show your support by sending flowers directly to the family, or by planting a memorial tree in the memory of Jane K. Taylor