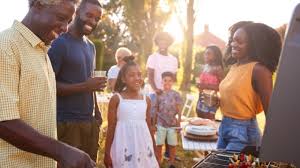 George was educated in the Cleveland Public School system and later obtained his GED.  His passion led him to follow in his father and grandfather’s footsteps in becoming a truck driver.  George worked for several different Trucking Companies but finally settled at The City of Cleveland where he worked as a heavy equipment operator and mechanic.  He worked there for over 15 years and later retired to enjoy life with family and friends.

George will be missed greatly for his many talents, especially his warm heart, love of cooking and direct and blunt attitude.  He was always willing to help anyone out in time of need but was not afraid to tell you about yourself in the process.  He was a wealth of information and would happily share all of it with you if asked.

To send flowers to the family or plant a tree in memory of George Nelson Tyus, Jr., please visit our floral store.