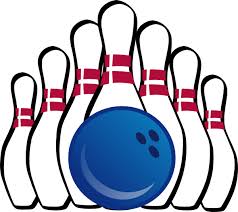 George Aubrey Collins was born to the union of Layette Crumbley and Alfred Collins April 29, 1932. He was the fourth of seven children to this union. His parents and five of his siblings preceded him in death: John, Gwendolyn Scott, Carolyn Pounds, William, and Marilyn.

George Graduated from East Technical High School. In 1952 he joined the United States Army and fought in the Korean War from 1952 to 1954. Upon exiting the Army he began working for Ohio Bell. He worked his way up from the mailroom to management. He managed all of the offices on the eastside of Cleveland.

George met and married Myra Haynes. To that union they had five daughters: Janice (deceased), Bette, Carla, Diane, and Myra ReGina. After this union ended they remained close friends and co-parents.

George enjoyed bowling as a hobby since 1956 until 2012. During those years he managed to bowl several perfect 300 games. Upon retiring from Ohio Bell he took up a second hobby of golf.

Myra ReGina would like to thank everyone for supporting her and Ronnie while caring for her father over these last few years. Your support and love has not gone unnoticed.

To send flowers to the family or plant a tree in memory of George Aubrey Collins, please visit our floral store.

A Memorial Tree was planted for George

You can still show your support by sending flowers directly to the family, or by planting a memorial tree in the memory of George Aubrey Collins
Share a memory
© 2022 E.F. Boyd & Son, Inc.. All Rights Reserved. Funeral Home website by CFS & TA | Terms of Use | Privacy Policy | Accessibility