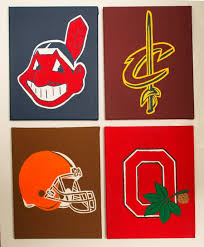 On January 5, 2022, Clifton Harrington, loving father, brother, son, and uncle, passed away peacefully at 50, surrounded by his family.  Clifton was born on September 29, 1971, to Isaac and Esther Austin in Cleveland, Ohio.

From the age of 5, he was brought up going to Christ Temple Church and was very active in the youth department.  Before his passing he gave his life over to Christ.  He was well mannered and respectful.

He attended East High and later transferred to Cleveland Heights High School.  Clifton enjoyed playing sports, especially basketball.  One of his dreams was to become a professional basketball player.  However, after leaving high school he was fascinated with industrial machines and decided to become a machinist.

Clifton has always enjoyed the outdoors and loves traveling.  His hobbies were sports, video games, spending time with family, and playing dominoes with is mom and stepfather.  He believed in always winning, so he would remain focus regardless of which game he played.

To send flowers to the family or plant a tree in memory of Clifton Harrington, please visit our floral store.