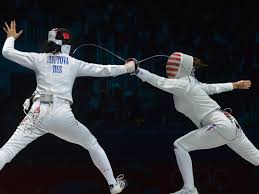 Charles J. Levert, Sr was born to Julius and Rosie B. (Collins) Levert, February 9, 1938 in Cleveland, OH. He was the third of nine children.

Charles and his family lived on the east side of Cleveland on Orange Ave. before the development to the freeway ramp and the main office of the United States Postal Service. He attended Mayflower Elementary, Kennard Jr. High, East Tech Sr. High. One of his favorite teachers and close friend of the family, Mrs. Hamlin, taught and encouraged him to continue to seek a higher education. As a result, he attended Jarvis Christian College in Hawkins, TX. There he received his bachelor’s degree in Mathematics.

He was raised in the church and accepted Jesus as his Lord and Savior at an early age. His parents encouraged and taught him and his siblings the importance of serving the Lord. His family attended Zion Hill Baptist for a while before settling at New Bethel Baptist Church. As an adult, he attended Community Baptist Church, Windermere United Methodist Church and is currently a member of The Church of the Savior United Methodist Church. No matter where he attended, he never hesitated to get involved in ministry, and he just couldn’t do one. He served as an Usher, Trustee, Sunday School teacher, just to name a few. His favorite ministry was singing as a tenor in the choir. He pursued continuing Christian education beyond the church he attended. He took many classes at Mood Bible Instituted.

While attending college in Texas, he met Joanne Evans who became his wife on September 25, 1965. From their union came two sons. As his parents raise him to love and serve the Lord, he also raised his sons to do the same. Many years later he remarried. From his union to Gloria Allen, he graciously accepted her daughter as his own.

Over the years, he had many occupations. He briefly taught math in school. He was an inspector at TRW. He tried his hands in real estate. He eventually retired from Midland Steel where they make truck frames.

Most of you who knew Charles, know that he was a very soft-spoken man with an “infectious smile”! What many of you may not know is that we could be deadly with a sword!! He held a championship title in Fencing at Jarvis Christian College. You really should have seen him cut a watermelon!!

Through his journey with us, he was loved and appreciated by so many friends and family. He was far from perfect, but no one can deny that he let the Light of Jesus, shine in his life. He touched so many people through his mentor ship, teachings, wisdom and of course, his smile. Although he wasn’t a wealthy man, he had no problems sharing and sacrificing his resources and time. His love for Jesus Christ was so deep. His demonstration of the Fruit of The Spirit was so natural. He rarely complained about anything even as his health started to fail. As he developed Parkinson’s Disease, he still wouldn’t slow down serving the Lord and others. On September 17, 2018, he suffered a stroke that rapidly took his mobility. Though it impaired his speech, he still managed to sing praises to Lord.

The family of Charles J. Levert Sr. wish to thank each of you for your shower of love, cards, generosity, and thoughtfulness. Please continue to keep us lifted in prayer. Rev. Andy Call and the Church Of The Savior United Methodist Church family for your faithfulness of support through your cards and visitations. We would like to thank our Pastor & Sister Gibson and the Elizabeth Baptist Church family for your prayers, support, and counsel. The Ligon, Crawford, Warr, Shakespeare and the Emmaus Bible Fellowship Church family for your visits and prayers and who honored, respected, and called him “Popa Charles”. Our “sisters” Sandra Watson and Barbara Cowans who continue to give us their listening ears throughout this process. Aunt Rubye for your encouragement and love. Our cousins Bunny and Jerry who knew just when to call and send cards. Our Cleveland Clinic and WIC family who always supported us and were accommodating in times of need. Much gratitude goes out to selected staff of Montefiore Nursing Home as well as Hillcrest Hospital’s Hospice for your expertise and care. The saying, “once an adult, twice a child” has been proven to be a fact. We appreciate, Brian Chulik and the

To send flowers to the family or plant a tree in memory of Charles J. Levert, Sr., please visit our floral store.