Share a memory
Obituary & Services
Tribute Wall
Read more about the life story of Carolyn and share your memory.

A Life to Remember

Carolyn Virginia Lavender Rosebud was born January 5, 1938, in Cairo, Georgia to the late Mr. Hendry James “Doc” Smith and the late Mary Gibson Smith.  She was the seventh of twelve children from this union.

Carolyn accepted Christ at an early age, and was baptized at Mount Calvary Baptist Church in Cairo, Georgia.  She later became a devoted member of The Greater Abyssinia Baptist Church, in Cleveland, Ohio where she was a special jewel.  Her caring spirit and kindness led her to faithfully serve on auxiliaries such as the Special Development Committee, the Education and Planning Committee, and as an advisor for the annual Gospel Explosion Committee.

Carolyn began her career at University Hospital at the age of 17.  With her natural love and compassion for healthcare and children, Carolyn continued to work at Rainbow Babies and Children’s Hospital.  Observing her exceptional work ethic, Carolyn was sent to New York to attend AMA training for new first line supervisors.  Carolyn then joined Dr. J. Liebman (Founder and former chief of the division of pediatric cardiology at University Hospitals, as the Cath Lab Supervisor.

This is where Carolyn found her niche and made a life-long career in caring for infants and children with heart disorders.  She dedicated her love and time to University Hospitals of Cleveland for 63 years, where she retired in 2017.

Carolyn was v aery family- oriented person and was a devoted wife, mother, grandmother, great-grandmother, aunt, sister, and friend to many people.  She was most known for her love of family, soulful music, dancing, interest in civil rights and politics, cooking soulful meals, and shopping.  Carolyn also loved spending time with close friends and was involved in social clubs, including Bridge and a monthly Birthday club.

She leaves to cherish her loving memory, two children; Beverly Diane Motley and Robert S. Lavender (Holly); two grandchildren, Nicholas Motley ant Taylor Savage; three great-grandchildren, Imani, Lalani, and Demi.  One brother, Charles Smith (Margie); two sisters, Dorcas Mosee` and Thelma Garrison; and a host of nieces, nephews, and other extended family as well as close friends, who are too many to list by name.

Strength and honor are her clothing; and she shall rejoice in time to come.

To send flowers to the family or plant a tree in memory of Carolyn V. Rosebud, please visit our floral store. 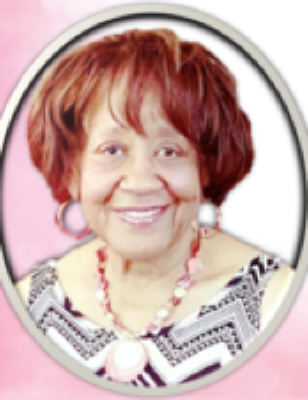