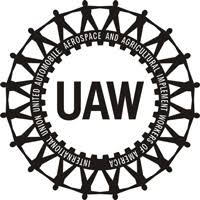 A native of Pittsburgh, Pennsylvania, Brian Charles Robinson, Sr. was born on December 1, 1940, to the late Arthur Robinson and Bertha Carrington Robinson.  He is the oldest of four brothers, Gregory Robinson, the late Darryl “Keith” Robinson, and Neil Calloway.

While attending Schenley High School in Pittsburgh, Brian was a standout athlete on the football, basketball, and baseball varsity teams.  Upon his graduation, he moved to Detroit, Michigan and enlisted in the United States Army where he was a Paratrooper with the 82nd Airborne Division, Fort Bragg, NC from 1958 until 1962.  His military service required much travel including an assignment to Germany.

After Brian was honorably discharged from the military, he moved to Cleveland, Ohio to live with his Uncle Herman Clay, the family patriarch, and Aunt Elizabeth Clay, the family matriarch.  Starting a new life in Cleveland, Brian met and married the love of his life, the late Magnolia (Maggie) Butler on November 9, 1963.

A proud member of the United Auto Workers, Brian was a Quality Assurance Inspector with the Chrysler Corporation for 35 years.  Brian was a lifelong Pittsburgh Steelers fan, much to the chagrin of his Cleveland friends and family members.  He loved watching black and white western movies and enjoyed the music of jazz artist, Miles Davis.  Among his pursuits, Brian was well known to be an outstanding billiards pool player.  Although h was also a fan of the Cleveland Cavaliers and the Cleveland Guardians (Indians) teams.

Brian departed this life at his home on the morning of Thursday, April 14th.  His passing is mourned by his four children, Paulette Goodman (Dwight), Brian Jr. (Kelly), Michael and Kimberly Robinson-Magby and his ten grandchildren; Tenaya Sumlin, Corlithia Hardy and Legural McCord, Ricole Faulkner, Brandon Robinson, Blair Robinson, Brad Robinson, Michael Robinson, Aaron Robinson, Dwayne Robinson, and Essence Bryant.  He will also be missed by his extended family and a host of close friends.

To send flowers to the family or plant a tree in memory of Brian Charles Robinson, Sr., please visit our floral store.