Share a memory
Obituary & Services
Tribute Wall
Read more about the life story of Beatrice and share your memory.

Beatrice Hudson, lovingly known as Ms. Bea was born on August 11, 1932 in Butler, Alabama, Choctaw County to the late Parthena Collins Napier and Bodie W. Philon, both now deceased. She was the oldest of eight children. Beatrice accepted Christ at an early age and was baptized at First Baptist Church in Berea, Ohio. She attended and graduated from Berea High School.

Beatrice enlisted in the United States Army in 1951 and was stationed in Germany. She was honorably discharged in 1953. Beatrice visited France and lived in Alabama and Alaska. She also resided in Berea, Cleveland, and Euclid, Ohio.

Beatrice enjoyed sudoku, crossword puzzles, reading, dancing, and music in her spare time. She was very well informed on current events. Beatrice was a favorite cousin of many. She enjoyed spending time with her late cousin Mamie, her late cousin Popcorn, cousin Daisy, and her family in Berea, Ohio. Beatrice loved her grandchildren dearly and spent her later life raising them and earned the utmost respect from them all.

To send flowers to the family or plant a tree in memory of Beatrice Hudson, please visit our floral store. 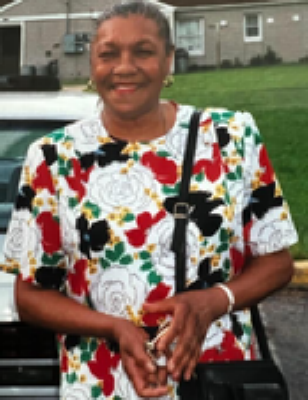