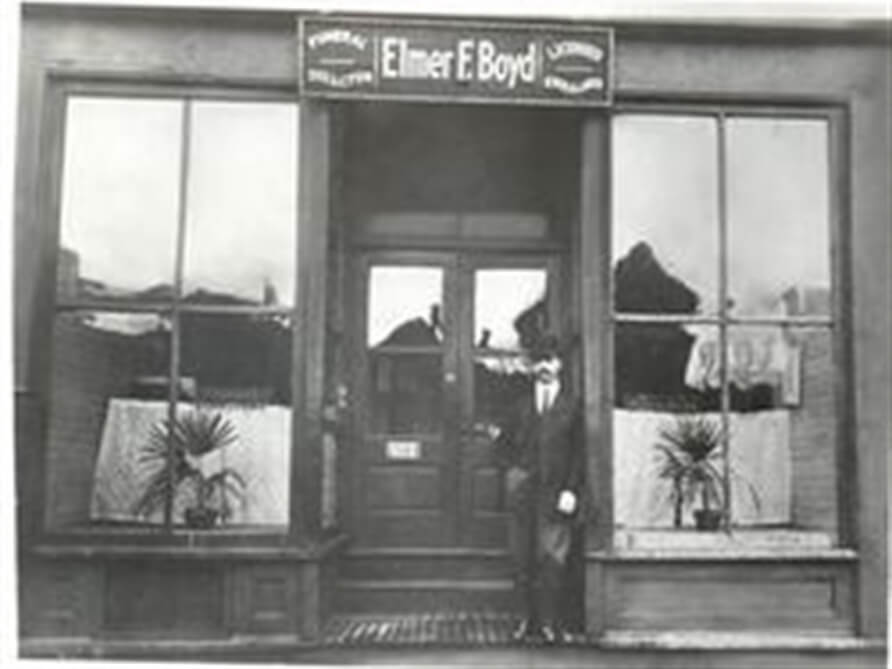 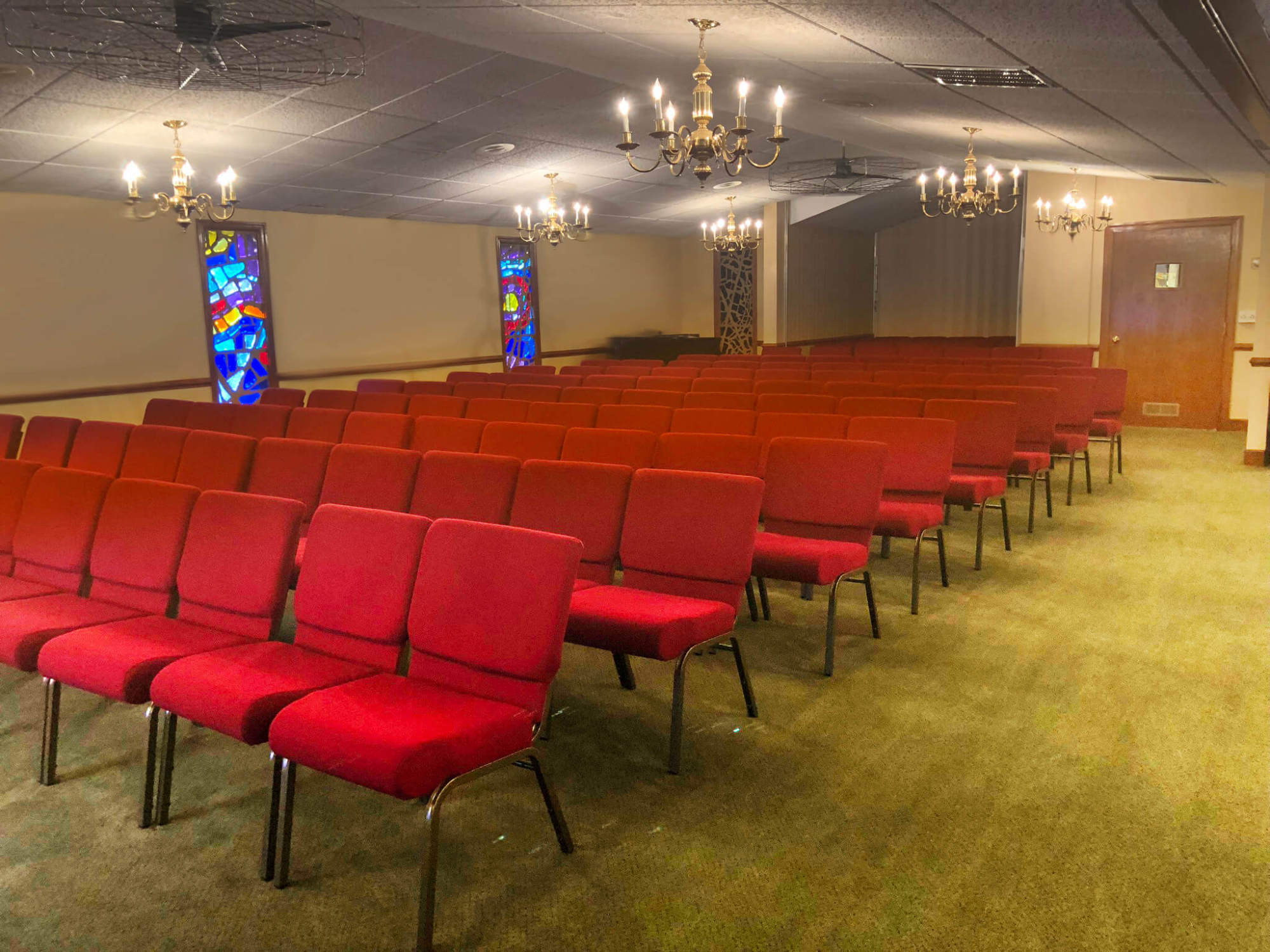 He opened his business following graduation from Clark's College of Embalming in Cincinnati, Ohio (now the Cincinnati College of Mortuary Science).  After passing the state exam in 1904, Elmer Boyd opened an office on 2604 Central Avenue in the fall of 1905.  It was known as the E. F. Boyd Funeral Parlor.  He took on a partner, Lewis J. Dean and their initial establishment was described as "a combination funeral parlor and haberdashery".  In 1911, Dean left the business and Boyd, along with his wife, Cora, moved the business to 2544 Central Avenue.  By 1919, he moved his operation again to 2276 E. 43rd Street.

During the mid-1930's, Elmer was also joined in the business by his son, William F. Boyd. The business began to prosper because of strong relationships with the Historic St. John A. M. E. Church and Antioch Baptist Church.  Elmer and Cora purchased the present headquarters at 2165 East 89th Street in 1938.  This site had formerly been the Slaughter Brothers Funeral Home.  Along with that purchase, Boyd changed the name of his establishment to E. F. Boyd & Son Funeral Home.  Elmer Boyd died in 1944.  His wife and son, William F. Boyd, Sr. along with his daughter-in-law, Mary Webster Boyd ran the business after his death, fortifying the business and its’ presence in the community.  William F. Boyd, Sr. was elected as a member of the Cleveland School Board and served as Vice President during the 60’s.  The name E. F. Boyd & Son became synonymous with dignity, integrity and quality in funeral service.

In 1972, E. F. Boyd & Son purchased a second location in East Cleveland.  In 1987, a new wing was added to the East 89th Street building which features a spacious chapel and eight viewing rooms.  1996, a 3rd location was opened in Warrensville Heights, OH.  The East Cleveland location was recently sold as Boyd prepares for the future.

Following in their father’s footsteps, William F. Boyd, II, aka “Pepper” became licensed and joined the staff in 1964 and was later elected President and CEO in 1992.  In 1974, daughter Marcella Boyd Cox joined the staff and achieved her license.  She is currently the Chief Marketing Officer and Vice President.  And in 1982 daughter, Marina Boyd Grant joined her family and currently serves as the Chief Financial Officer.  The strong example and dedication to the community witnessed by the 2nd and 3rd generations later influenced great-granddaughters, Victoria Boyd and Lisa Boyd Taylor to join the leadership, thus marking the 4th generation of the Boyd family.  Victoria “Tori” Boyd currently serves as the Manager of the 89th Street Chapel and Lisa Taylor is Manager of our Emery Chapel.  William F. Boyd passed in December, 2015 and Mary W. Boyd passed in March of 2013.

E. F. Boyd & Son was the 1st funeral home in the Cleveland area to advertise on billboards and buses in the late 1990’s.  E. F. Boyd & Son has sponsored many bowling and baseball teams and supported a host of churches over the years.  In the late 80’s, Boyd added their own crematory, University Circle Crematory at the 89th Street location to better serve the needs of the public.  Boyd currently has a Facebook page and a grief therapy dog ‘in training’.  Our directors and staff encourage our families to be creative and memorialize their loved ones with DVD tributes, balloon and dove releases and personalized services that truly reflect the life of their loved one.  In 2016, Boyd adopted an Advisory Board, consisting of many community and business leaders as an outside resource.

The family members and staff of the E. F. Boyd & Son and Crematory remember their roots and strive to continue to serve the Greater Cleveland village with the same gracious service, traditional manner, sincerity, warmth and respect by which the company established itself in 1905.